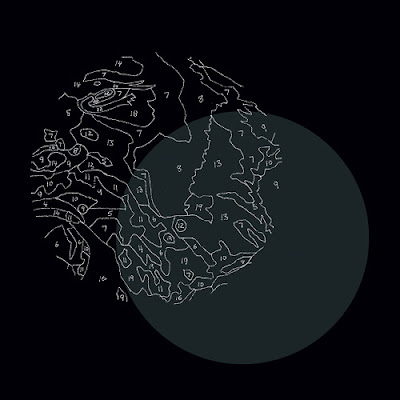 Remember like a decade or so ago when instrumental indie rock or post rock or whatever was really at its zenith and bands like Mogwai and Godspeed You Black Emperor and even Explosions in the Sky, when they trotted along after them, were churning out these epic but ultimately predictable long-form jams and the claims that Tortoise was somehow infected with jazz were starting to wear thin and then, all of the sudden, the floor just fell through and they all disappeared? (True, some of them occasionally resurface with ever-decreasing relevance.) It seems like ever since then instrumental rock has been struggling to gain its footing. I’m sure there are plenty of exceptions – bands that have created really incredible instrumental and avant rock albums (heck, I’ve lauded plenty of them) – and there have been hybrids of every shape and size that have pushed the significance of these genre titles out the window, but I still have felt like there is a gaping hole that’s needed filling, something to really revitalize the idea of what instrumental avant rock can be. And then I listened to Continent & Western. And then I was happy and had hope for the future and for my son. And then I realized that Drip Audio is to me now what Constellation Records was to me in junior high: a bastion for the most challenging, forward thinking, insanely awesome, ‘I didn’t realize music could do this’ music out there. And Fond of Tigers, the label’s certifiable supergroup among supergroups, have gone and proved that there’s plenty of air left in the lungs of instrumental rock music yet. Continent & Western is a super deep, super solid record.

Ah, a nice piece of Canadian talent. Love this band! See them live if you get a chance. The drumming duo is awesome.

Beh, I feel like I want to put my fists up re: the Godspeed, Mogwai, and Tortoise comments, but fine, I won't. This sounds pretty cool though.